Check Out 5 Most Colourful Natural Wonders On Earth 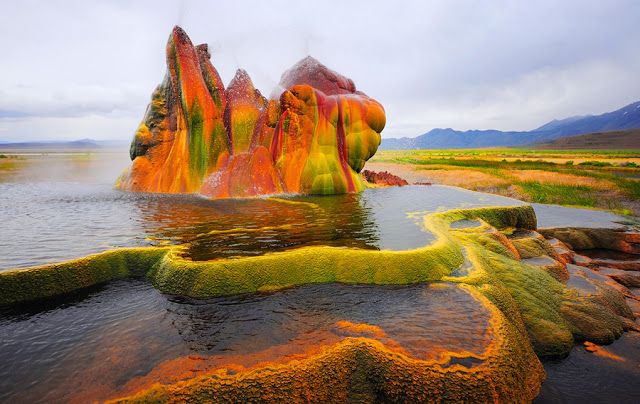 As a tourist, you should be always on the lookout for beautiful places that will still linger in your memory long after you return home.

Indeed there a lot of beautiful sceneries that can appeal to the senses but the imagery that constitutes some parts of the world will literally blow you away. We have taken the time to compile a few lists of colorful places around the world to help you make a good decision on your next trip. 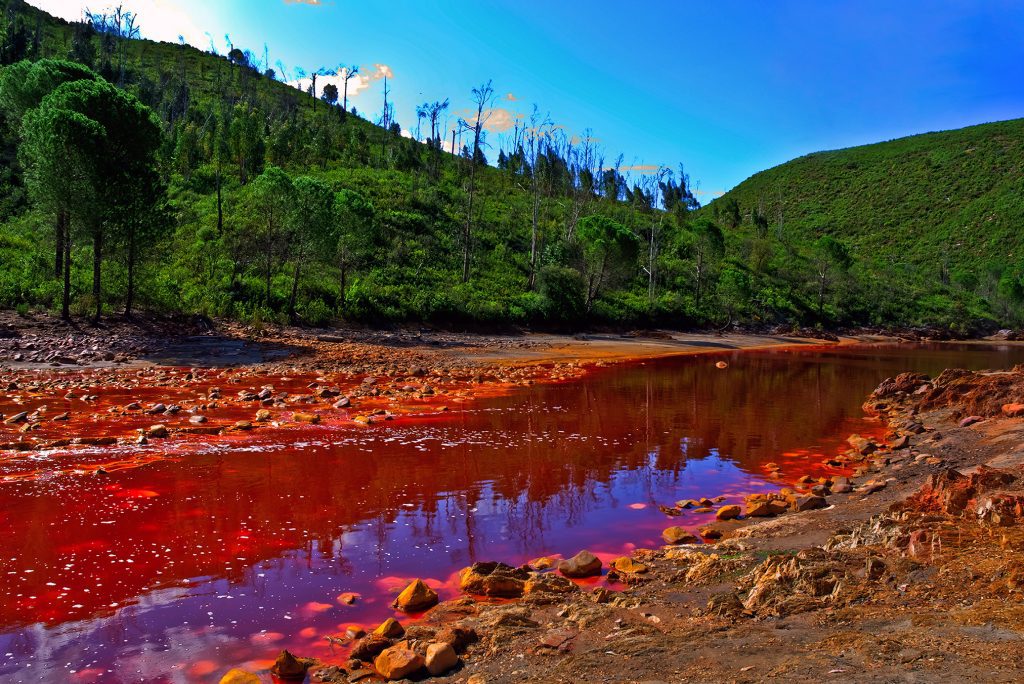 The stunning orange colors that this river that lies within the Sierra Morena mountain of southwestern Spain is a sight to behold. The river gets its beautiful hue orange and red from copper, iron, and other heavy metals. Well, the truth is that the full length of the river does not offer this beauty and once you reach the town of Nieba it looks ordinary.

There are a couple of inns around this beautiful lake that is famously known for its turquoise, glacier-fed component. It’s ringed by high peaks and overlooked by a stately chateau. Hiking trails wind up to the Lake Agnes Tea House for bird’s-eye views.

There’s a canoe dock in summer, and a skating rink on the frozen lake in winter. Of course, the inns can afford you the chance to unwind and connect with yourself, friends, family, and nature within this pristine mountain retreat.

The Fly Geyser is located on Fly Ranch, a 3,800-acre parcel of land in Northern Nevada purchased by the Burning Man Project in 2016. Located about two hours north of Reno, on the edge of the Nevada Black Rock Desert, this remarkable beauty is something that you love to take photos of over and over again.

Historically first geyser on the site began to form in 1916 when residents were seeking irrigation water and drilled a well. This well was quickly abandoned when it was discovered that the water inside was too hot, and so began the development of the first geyser. The water that gushes out of the geothermal geyser contains thermophilic algae, which thrive in wet, hot environments and color the rocks hues of green and red. 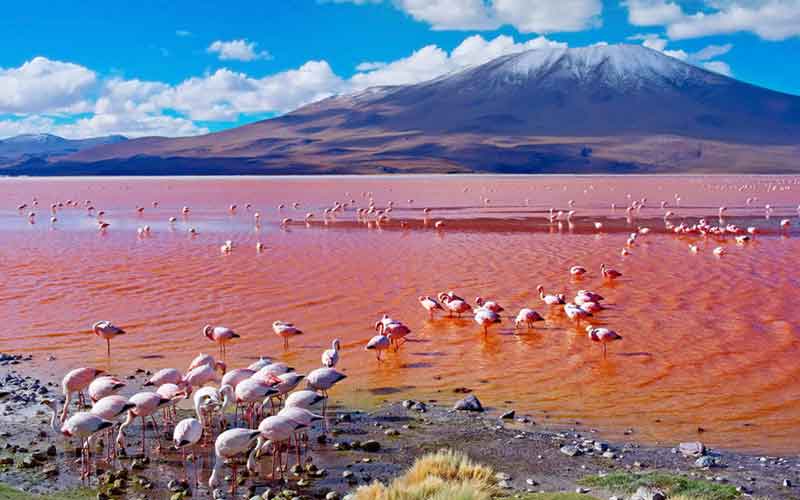 This is a shallow salt lake situated in Eduardo Avaroa Andean Fauna National Reserve near the border with Chile. The light that falls on this lake which serves as a home to several flamingos seems to change throughout the day. The water is orange-red in the early morning becoming more red and blue as the day goes by to become pinkish red at sunset. You could only catch this beautiful sight if you could spend enough time there. 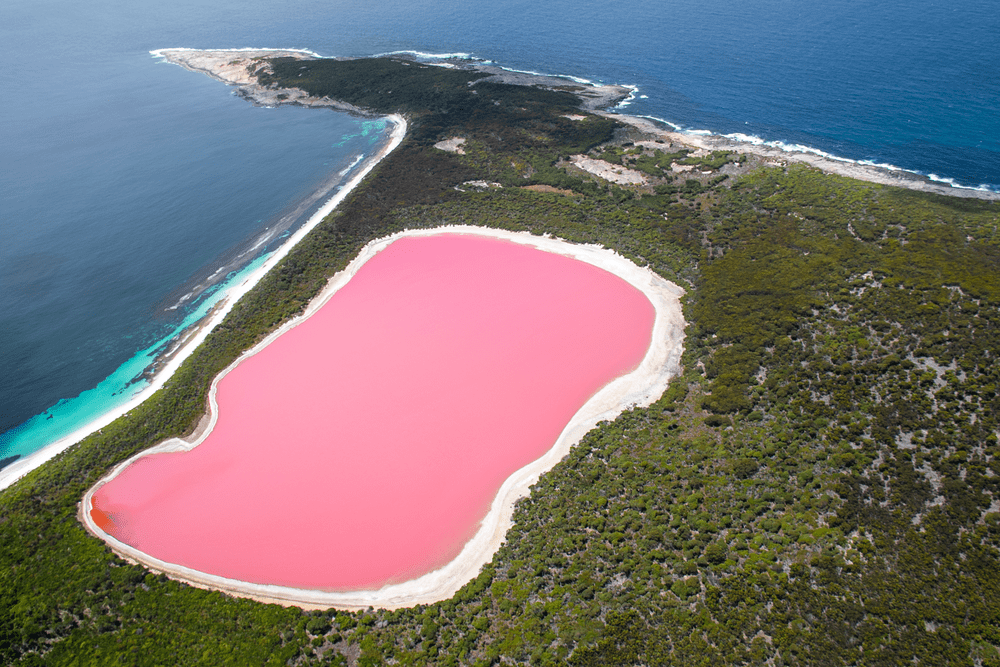 Located on Middle Island, the largest of the Recherche islands (11 kilometres from the coast of Cape Arid National Park), one can access this beautiful scenery by chattering a plane or a boat.

The lake is separated from the Southern Ocean by just a thin strip of sand and it’s widely believed that the water’s permanent strawberry milkshake colour is due to the extremely high level of salinity.

This discovery was made as early as 1802 when Matthew Flinders led an expedition to the islands and collected a sample from the lake, but there has been no definitive proof that salt is the source of its unique hue.