Spain is a country with a strong Catholic background. With its high religious background, it is not surprising that some of the world’s best-designed churches can be found there.

This article includes the top churches in Spain and what makes each unique. 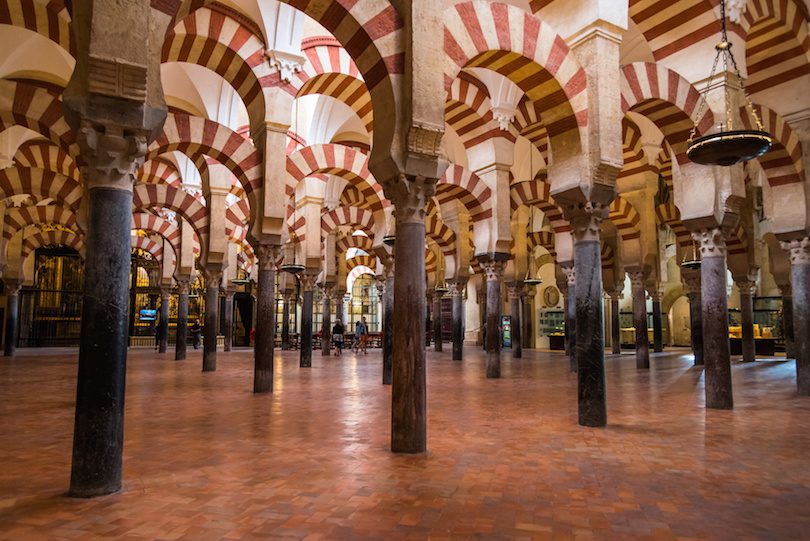 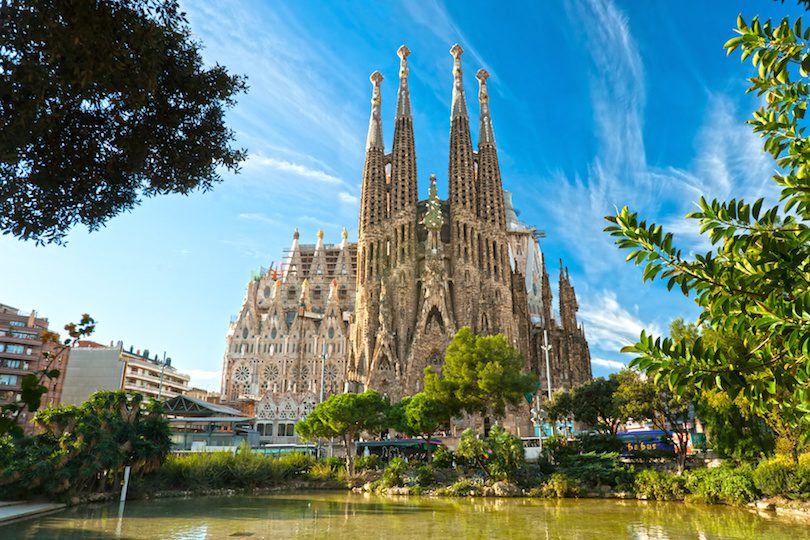 The Basílica de la Sagrada Família, also known as the Sagrada Família, is a large unfinished  Roman Catholic minor basilica in the Eixample district of Barcelona, Catalonia, Spain.  Designed by the Spanish architect Antoni Gaudí, his work on the building is part of a UNESCO  World Heritage Site. Its construction started in 1882. It was worked on and it was finally opened in 2010. 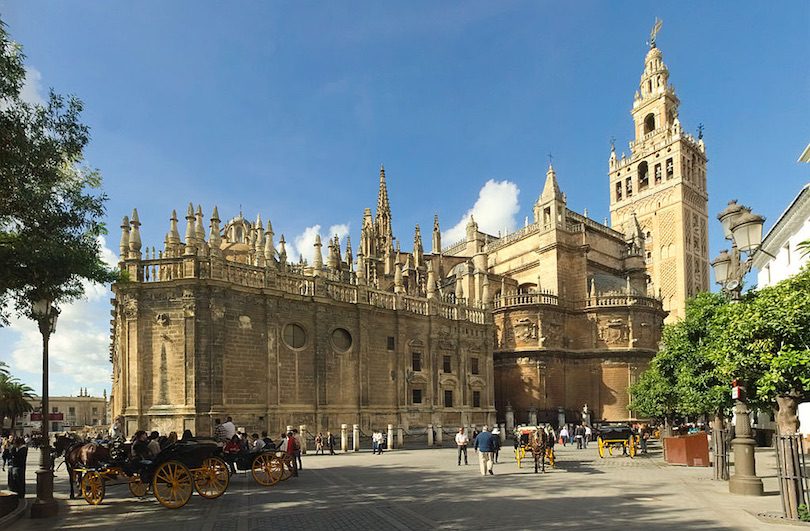 The Cathedral of Saint Mary of the See, better known as Seville Cathedral, is a Roman Catholic cathedral in Seville, Andalusia, Spain. It was registered in 1987 by UNESCO as a World Heritage  Site, along with the adjoining Alcázar palace complex and the General Archive of the Indies.  The Seville Cathedral was built to demonstrate the city’s wealth, as it had become a major trading centre in the years after the Reconquista in 1248. In July 1401, city leaders decided to build a new cathedral to replace the grand mosque that served as the cathedral until then. 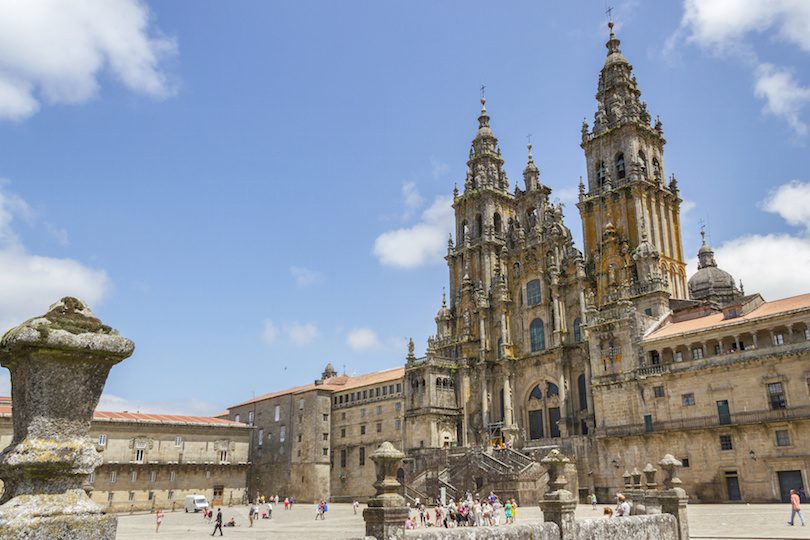 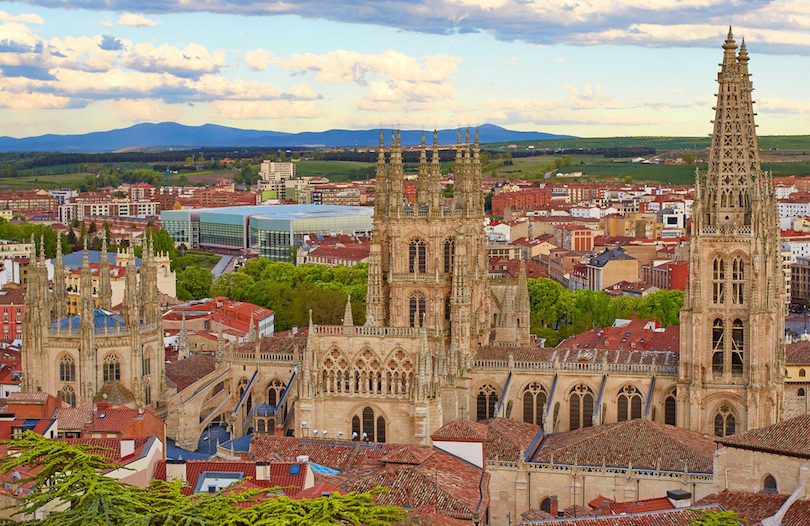 The Cathedral of Saint Mary of Burgos is a Catholic church dedicated to the Virgin Mary located in the historical centre of the Spanish city of Burgos. Its official name is Santa Iglesia  Catedral Basílica Metropolitana de Santa María de Burgos. Construction of the cathedral started in 1221 and ended in 1260. This religious building is famous for being a masterpiece of Spanish Gothic architecture, and it’s well-known for its vast dimensions and rich and unique history. In 1984, the cathedral was added to the list of World Heritage Sites. 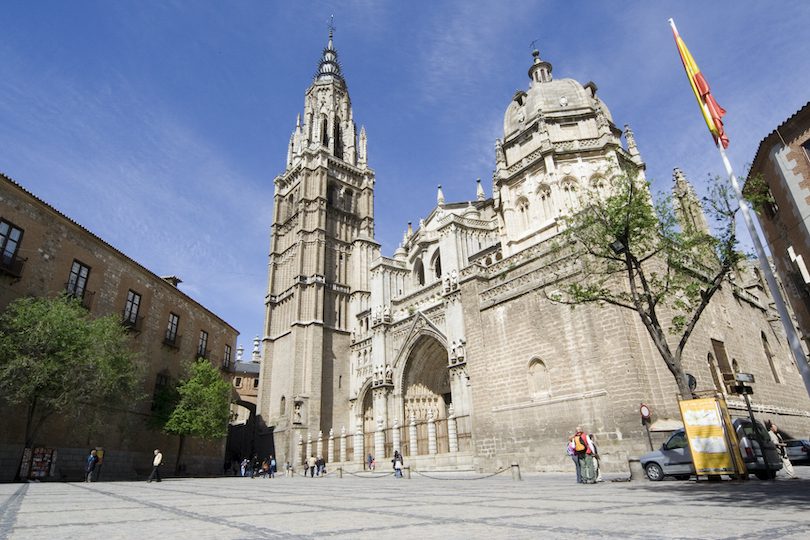 The Primate Cathedral of Saint Mary of Toledo, otherwise Toledo Cathedral, is a Roman  Catholic church in Toledo, Spain. It is the seat of the Metropolitan Archdiocese of Toledo.