Instead of feeding you with the traditional beautiful places that will enhance your sense of exploration as the theme of this website dictates, we have in this article some mysterious places in Asia that will literally blow you away.

When we say ‘blow you away’ we mean a potpourri of emotions that will appeal or confuse your faculties. You could even be frightened but ultimately it will broaden your horizon about Asia and things yet uncovered about this beautiful continent.

Some of these places are full of legends and myths, others are so shrouded in mystery there’s literally no explanation for them, not even a made-up one. 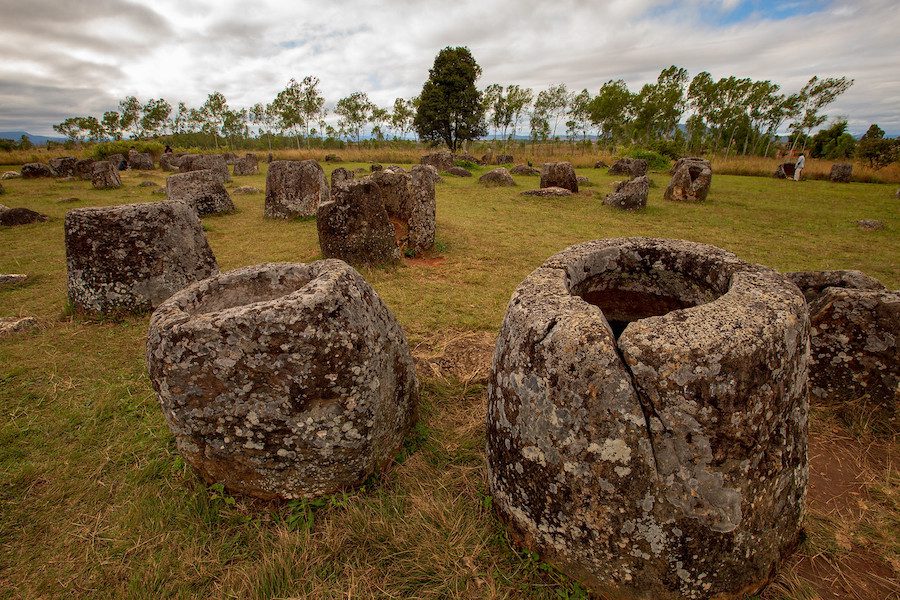 In plain language, no one knows how these mysterious stones got here. Some people offer feeble theories with no backing whatsoever, such as saying it’s an ancient burial ground, others think they were just used to brew rice wine. Others believe they were created by travelling Indian tribes more than 2000 years ago and, as I look at them for the first time, I can’t help but think they’re an Asian version of Stonehenge – only smaller and with far fewer tourists. 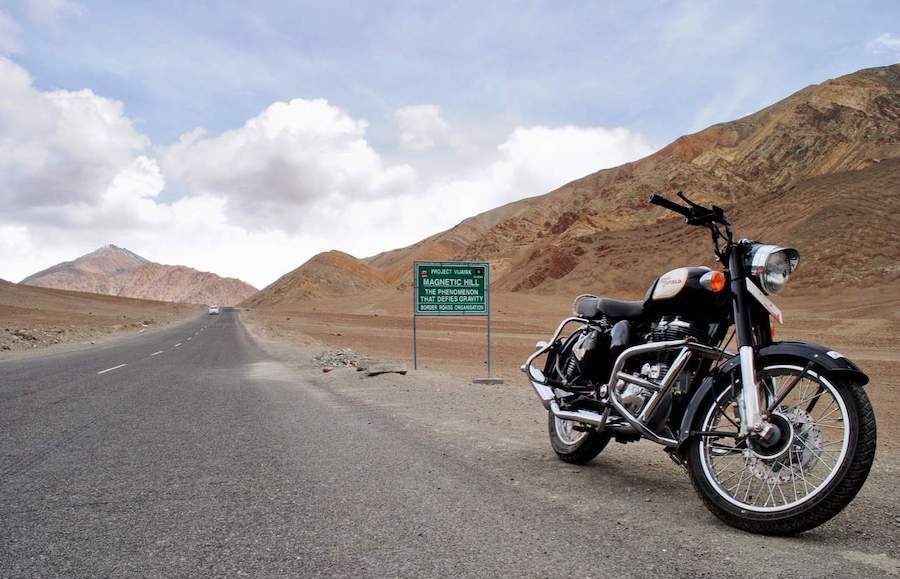 There’s this mystifying road in India that takes you ‘straight to nowhere’. Some of the indigenes even believe it was believed that this is the road to heaven, but in reality, it’s more likely just a magnetic field that makes it look like that or one of those real-life optical illusions.

Another interesting theory says states that there is a strong magnetic force emanating from the hill that pulls vehicles that are within its range.

The strange occurrence on the Leh-Kargil highway has been experienced and testified by travellers from across the world. As a matter of fact, the notorious hill has caused planes of the Indian Air Force to divert their route in the past to avoid magnetic interference on them.

The story backing the Yonaguni Ruins in Japan sounds like an extract from a storybook. Diving tour operator Kihachiro Aratake stumbled on this rare discovery while exploring the southeast shore of Yonaguni Island back in 1985. Since then, many have been down to this sub-aqua playground to take a look, but no one is quite sure what is down there.

Initially, it was thought to be a natural underwater formation. But later it turned out that they were actually the remains of an ancient civilization. Those pyramids are man-made, it used to be a city. 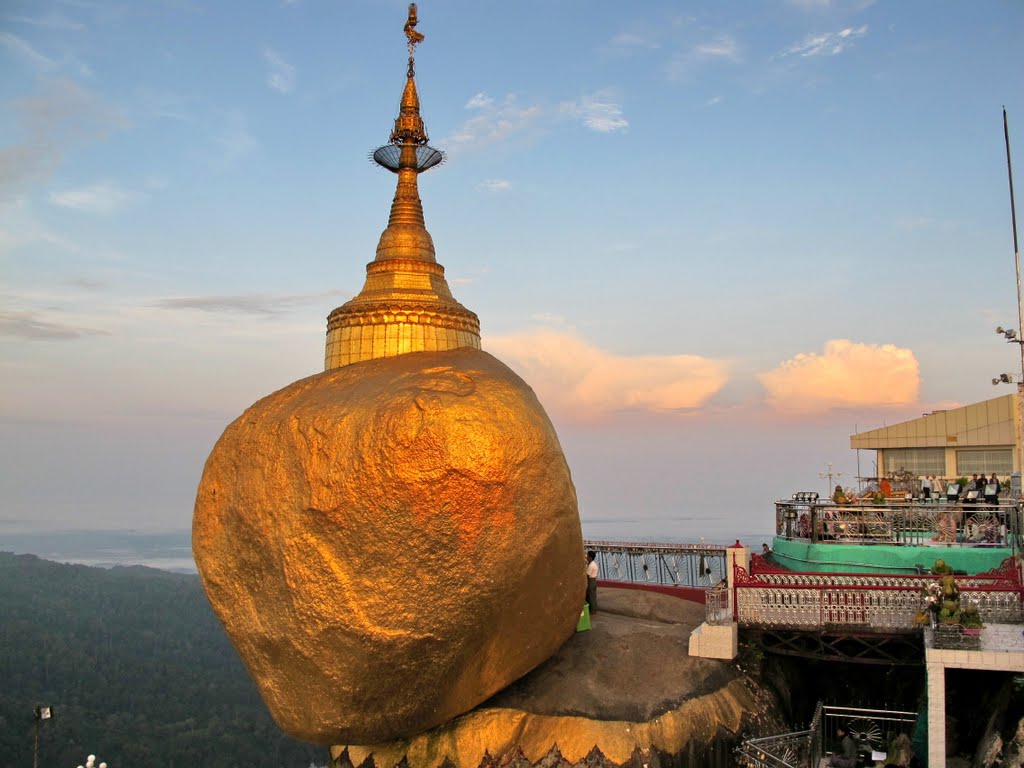 This massive golden rock that seems to be defying the law of gravity is one of the wonders of Asia. It’s balanced on the edge of a cliff and to this day, It’s not clear how this became possible but the legend says it’s balancing on Budhha’s single hair. Kyaiktiyo Pagoda is a popular pilgrim site among Buddhists. It is the second most important pilgrim site of all Myanmar and its importance is even recognized internationally. 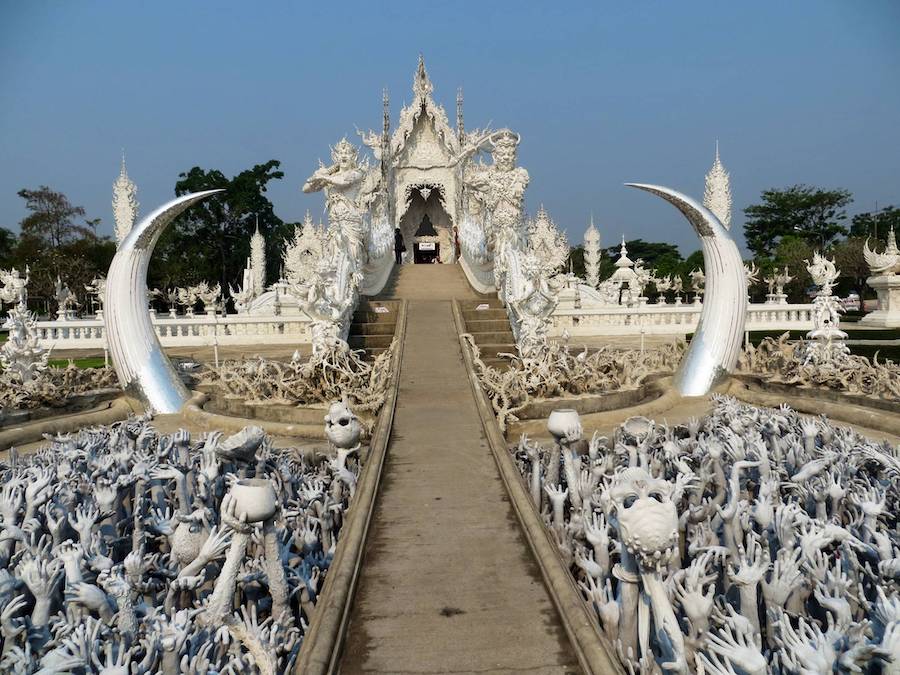 This beautiful but eerie temple is one of the distinctive landmarks of Thailand. It was designed by Charlemchai Kositpipat, a Thai visual artist. The incredible art is inspired by Buddhist beliefs and teachings and focus on the problems of modern society; some are the traditional mythological figures of Buddhism, while others have a rather irreverent focus.

The Temple contains full weird sculptures, murals of Hollywood celebs, arms reaching out from the ground, skulls hanging in weird places, and skeletal figures all around.