Dubai is such an amazing place and aside from the scanty information you know about this beautiful city, we have gathered some intriguing facts about it for your reading pleasure.

Meanwhile, to reinforce your knowledge about Dubai, we borrowed this piece of information from the website of Mydubai to help advance the purpose of this article.

It reads, ‘Dubai has a rich, Arabic cultural heritage. While it is now more known for its intriguing mix of deserts, beaches and luxurious manmade feats, the culture of the Emirati people still have a major role to play. Dubai is an absolute monarchy.

Although tradition and culture underpin life in Dubai, the UAE state is a warmly hospitable destination. Emirati people tend to preserve Islamic heritage, with the majority being Muslim. Despite this, the people of Dubai are extremely tolerant of their multicultural citizens and guests—all religious beliefs are welcome. Over 200 nationalities call Dubai home, including Emiratis, Indians, Pakistanis, Bangladeshis, Filipinos, Sri Lankans and Americans (just to name a few!).

Each new group has brought with them their own style, strengths and flavours. There are currently over 6000 restaurants and cafés in the bustling city, offering every cuisine imaginable. Click here to read more about which flavours, cultures and customs to expect when you embark on your next Dubai family holiday!’

So now we are set to dissect the main purpose of this article. By the time you are through with this, piece- your chances of making a trip to Dubai perhaps the following month will be quicker. 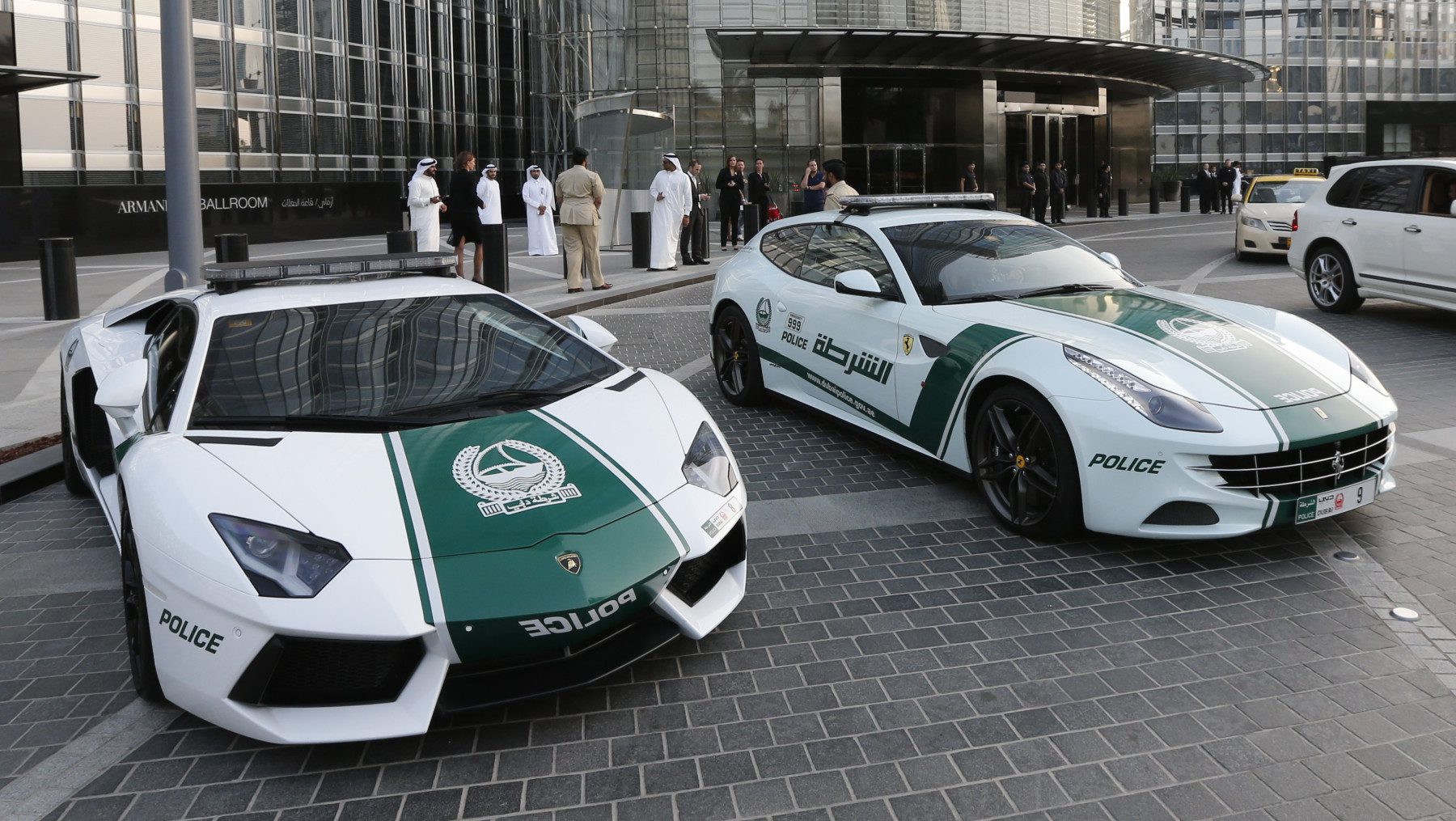 There is no place in the world where the police are equipped with luxury cars except Dubai. Here’s the list of luxury models you’ll find driven by the Dubai police force: Aston Martin One-77; Audi R8; Bentley Continental GT; BMW i8; BMW M6; Brabus Mercedes-Benz G63 AMG; Bugatti Veyron; Chevrolet Camaro; Ferrari FF; Ford Mustang (customized by Roush Performance); Lamborghini Aventador; Lexus RC F; McLaren Mp4-12C; Mercedes Benz SLS AMG; Nissan GT-R; and the Porsche Panamera S E-Hybrid. And one more thing, the policemen in Dubai are so friendly that you could pose for a selfie with them near their super-fast cars. 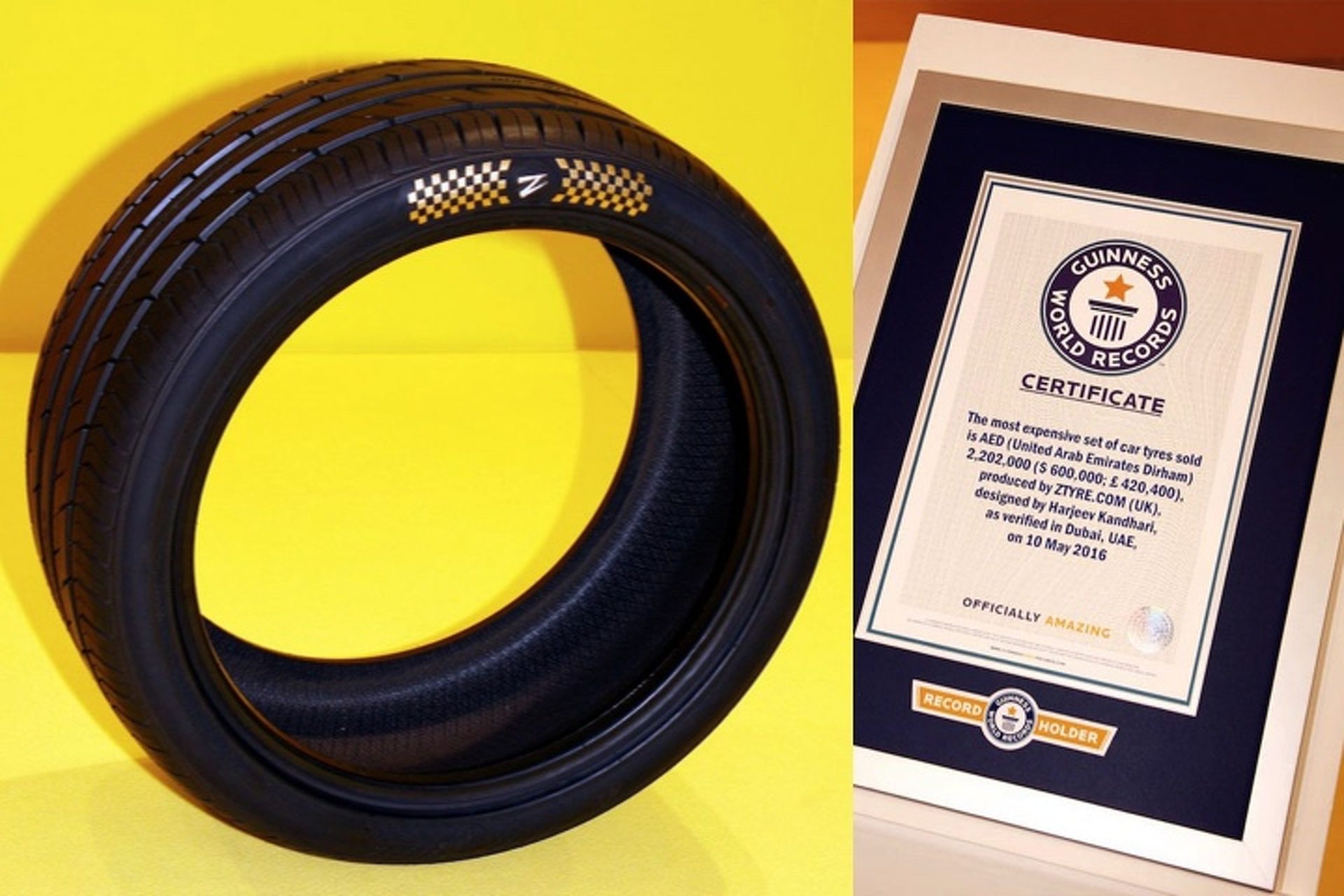 Dubai’s Z Tyres produced and sold the world’s most expensive car tyre at a staggering price of Dh2.2 million ($600,000).

Combining 24 Carat gold and specially-selected diamond stones, this unique set of tyres was designed in Dubai and decorated by Italian artisan jewellers in Italy before being returned to Dubai.

The application of gold leafing is done by the very same craftsmen who have worked on the new presidential palace in Abu Dhabi, the company said in a statement.

The Burj Al Arab Jumeirah has been declared by its owners as and declared itself the world’s only ‘7 star’ and of course, you won’t argue with that when you spend a single day here. For $24,000 a night, you can stay in their most expensive suite and experience heaven on earth kind of treatment that will linger in your memory for the rest of your life. 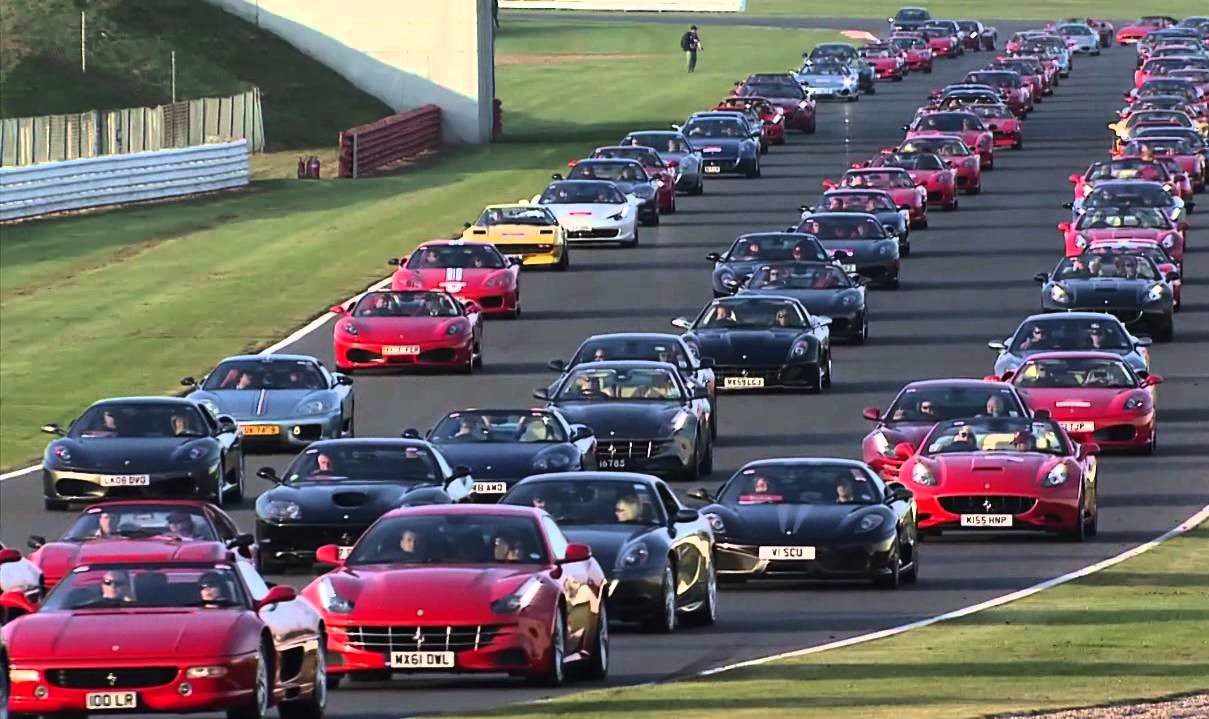 Being stuck in traffic is nothing to be happy about but here in Dubai you might wish it will happen often so you can get the chance to feed your eyes with the supercars that fill up the road. Limited edition Bugattis, Porsche Spyders and Ferrari and other fast cars are common on the road.

5. A Cupcake that Costs as Much as a Pair of iPhone 11s 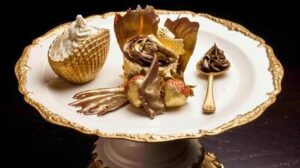 Here in Dubai, there’s a Bloomsbury Cupcake Shop that sells a cupcake that’s wrapped in 23-carat gold for a cool price of $1,200. Yes, this is Dubai we are talking about.