5 Fascinating Ice Hotels Around the World 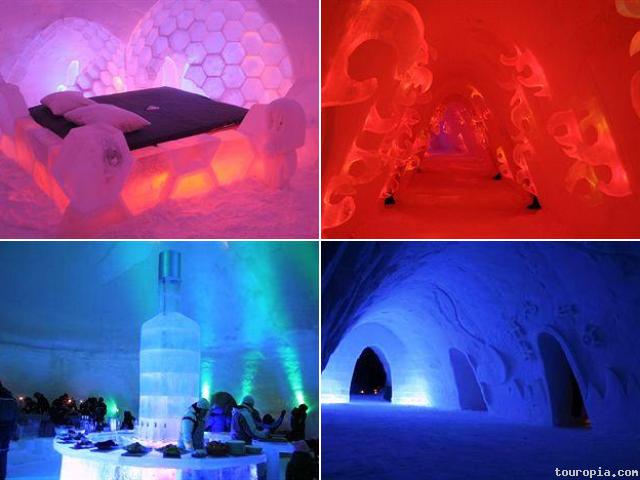 An Ice Hotel is a temporary hotel made up of snow and sculpted blocks of ice. Ice hotels,  dependent on sub-freezing temperatures, are constructed from ice and snow and typically have to be rebuilt every year.

In an ice hotel, the actual bed is made of ice — but you’re separated from the surface by materials such as reindeer skins, blankets, and/or a mattress.  Typically, you’ll sleep inside a special sleeping bag rated for subzero temperatures.

It’s important to wear the right clothes. We have put together just five of this earthly wonder in this article that will greatly fascinate you. 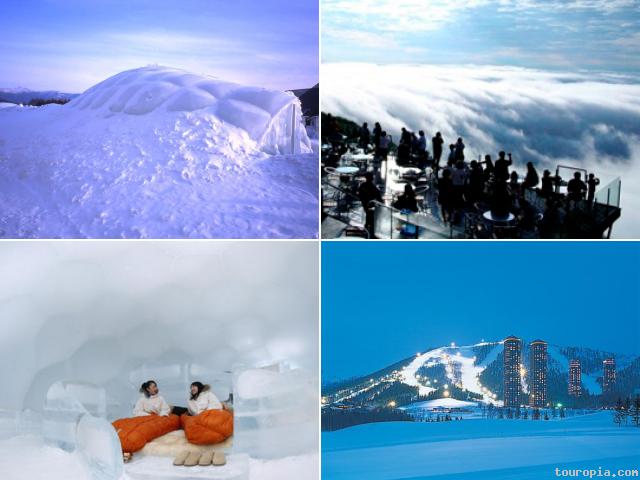 This hotel is one of the unique ice hotels in the world. An individual is charged about $600 per night. It is worth it because of outdoor fun games like golf, skiing, fishing, rafting, canoeing and hot-air balloon rides to witnessing the dramatic “sea of clouds” that are available for guests. There are also indoor facilities including an 80-meter wave pool as well as a spa with a full range of aromatherapy treatments. 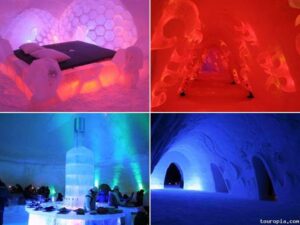 This unique ice hotel is located on St. Helen’s Island, 5 km from Montreal city centre. It boasts a restaurant, chapel, and convention centre made entirely of ice. Each year Snow Village  Canada reproduces a different major city out of ice and snow and the buildings are colorfully lit at night. Guests can relax in one of the hot tubs or get a drink in an ice glass at The Kube  Ice Bar.

The rooms and igloos at Snowvillage are made completely of ice. The beds are made from ice, a wood frame, and a mattress. A thermal sleeping bag is provided. The Montreal  Casino is less than 10 minutes drive from Village des Neiges. Montréal-Pierre Elliott Trudeau  International Airport is 30 minutes away by car. 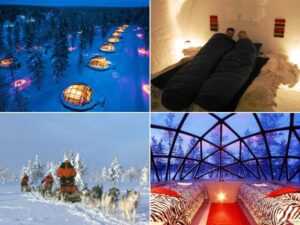 This is a family hotel in Finnish Lapland, 250 kilometres north of the Arctic Circle. Although we are far from it all, our place is easy to reach. The hotel has 4 restaurants, including 2 in a  traditional Laplander hut. A small glass igloo costs €435 euros, or about $512 dollars per night.

For a bigger party, Kakslauttanen has accommodations that sleep up to six people. Its Kelo Glass Igloos are a combination of a log cabin with a classic igloo. 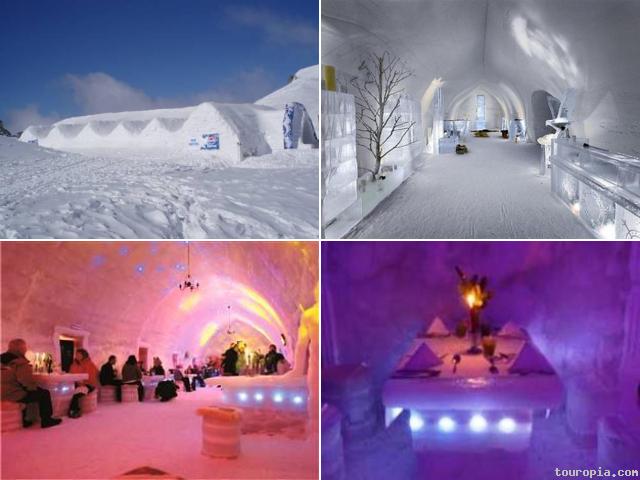 The Ice Hotel from Balea is one of the most interesting and exciting tourist attractions from  Romania during the winter season or especially for a winter holiday vacation in Romania. The hotel is built each year during the winter season from ice blocks extracted from the nearby  Balea Lake. The period of time during which the hotel is open for tourists depends very much on the weather conditions. The hotel is located next to Balea Lake, at the heart of the Fagaras  Mountains in Sibiu County. The Fagaras Mountains are the tallest mountains in Romania and the hotel itself is found at an altitude of 2,034 meters. 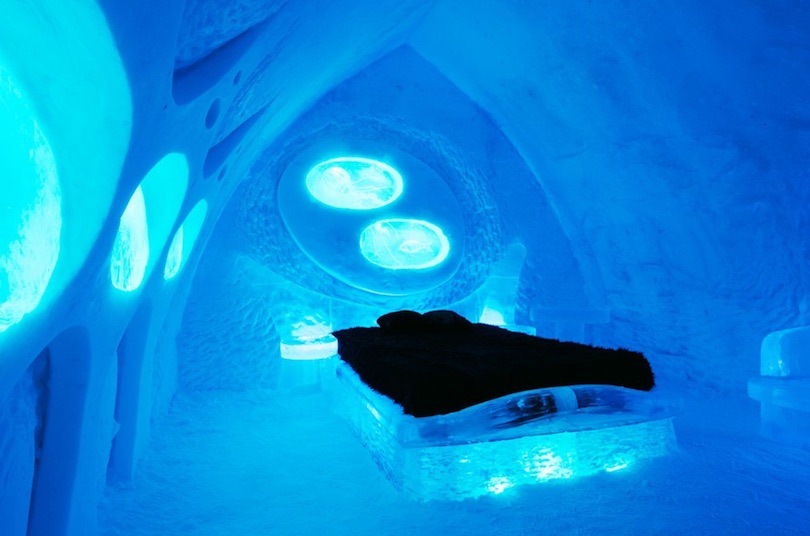 Rates run from about $200 CAD (or around $150 USD) per night, per person plus taxes. Every year, the Hotel de Glace is built from scratch entirely out of snow and ice in an incredible feat of engineering. It’s a glittering masterpiece, complete with ice sculptures and carvings, ice beds, an ice bar, and even an ice chapel.